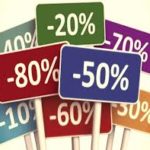 A minority interest is where a shareholder’s interest within a private company is such that it does not provide the shareholder with any actual control over the company.  A shareholding of less than 50% of the total issued share capital, is regarded as a minority

In addition to the minority interest, there will usually be a discount for the lack of marketability of the shareholders interest. So, there are two issues when looking at minority interests:

The two discounts are not taken together but seriatim, one after the other.

It is generally held that a minority interest is often worth considerably less than the pro-rata value of a company as a whole entity due to the value that is placed upon control. However, what is an appropriate discount for a minority interest in a private company will very much depend on the individual circumstances of the minority shareholder(s) and the company.  Each situation will be different.  It is important to consider the fact that there are no firm hard and fast rules to the determination of the level of discount applicable to a minority shareholding.  The discount will be very much determined by the specific circumstances of each case.  However, the level of discount should be seen to be fair and reasonable. The level of the discount will depend on numerous  factors such as :

Whilst there is no firm rule to the level of discount calculated, the following range of discounts has been considered as being reasonable in valuing minority interests.  However, it is important to remember that one size does not fit all, and no two valuation situations are similar, so the circumstances of each case must be considered fully before determining the level of any discounting:-

Ready to find out more?